We joined a paddling group based in Nanaimo so we could paddle with locals that know more about the area than we do and meet other people.

We had our first outing today with the group today and what a great day. Firstly, the weather was perfect: 22°C, blue skies, very little wind. And then there are the people. There were 3 others, with varying skill levels, plus a very capable and genial leader. I want to be just like Ian with I grow up. 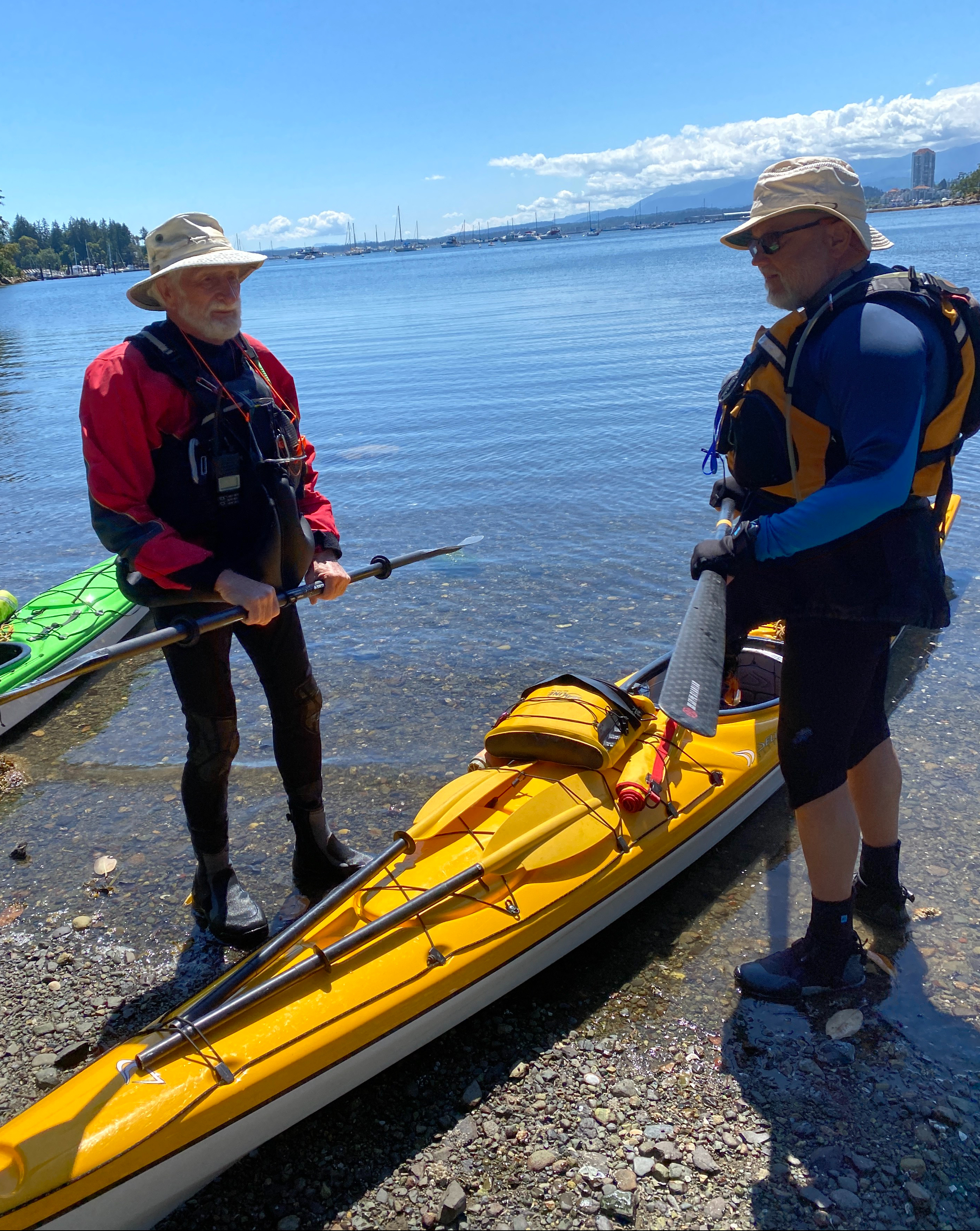 Ian is 83, fit as a fiddle, has been kayaking for 68 years, and has enormous experience on the water with sailing, kayaking, coast guard etc. His English accent makes him more charming, and he is a great teacher. He was so willing to share knowledge and expertise. We didn’t paddle far, but we learned so much just about the area we were in and I finally figured out the sculling stroke that I have struggled with for years. We learned more about tides and currents which are so important here, especially in the Gulf Islands. We also tried his Greenland paddle, which was something new. It would take some practice to get used to it because it’s such a different design than the modern ones used today. But it felt totally natural and easy to use and I think we have to investigate further. I could be convinced to change my paddle!

Paddling out of Nanaimo was a revelation. We paddled along the coast of Newcastle Island, which had the most interesting sandstone formations. 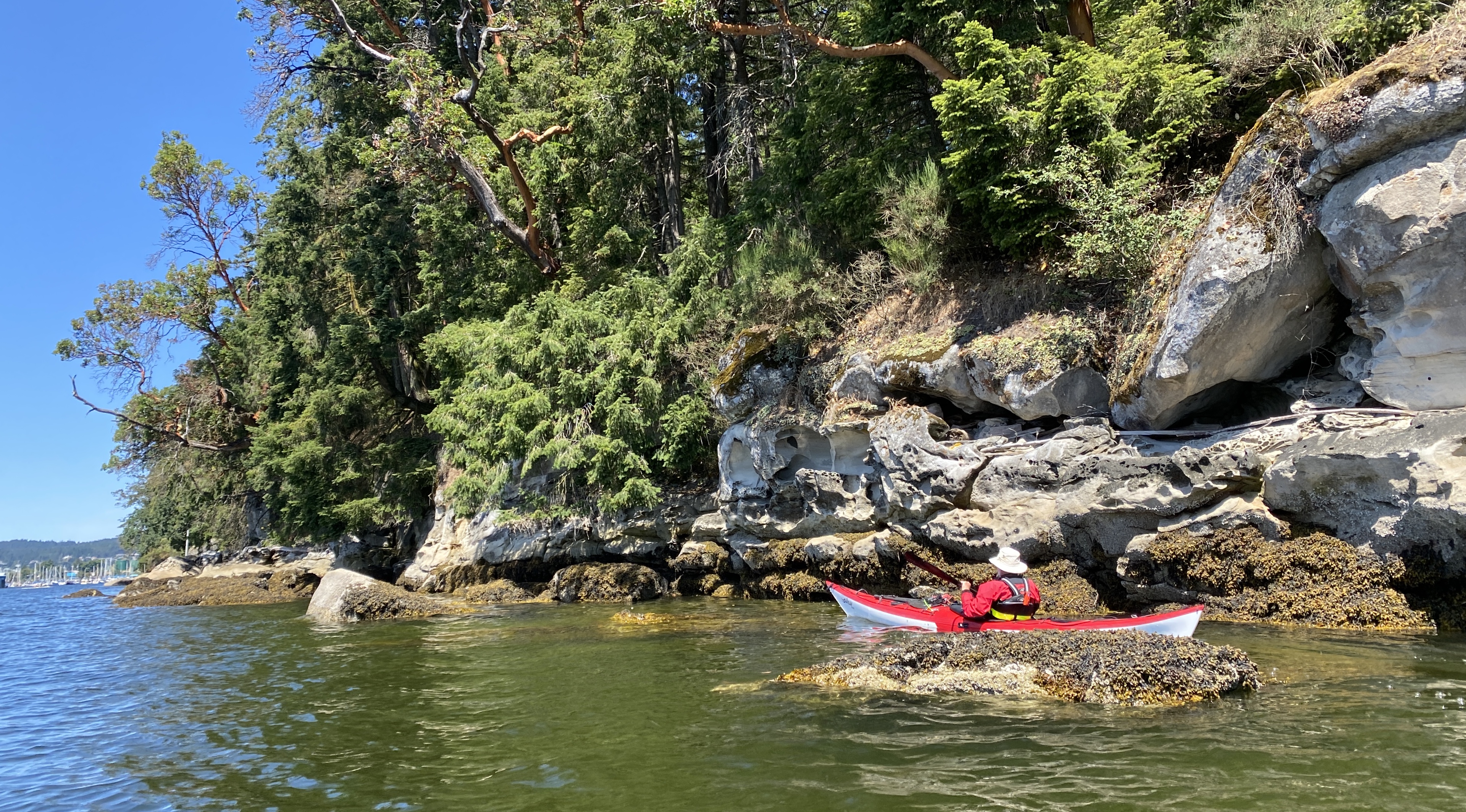 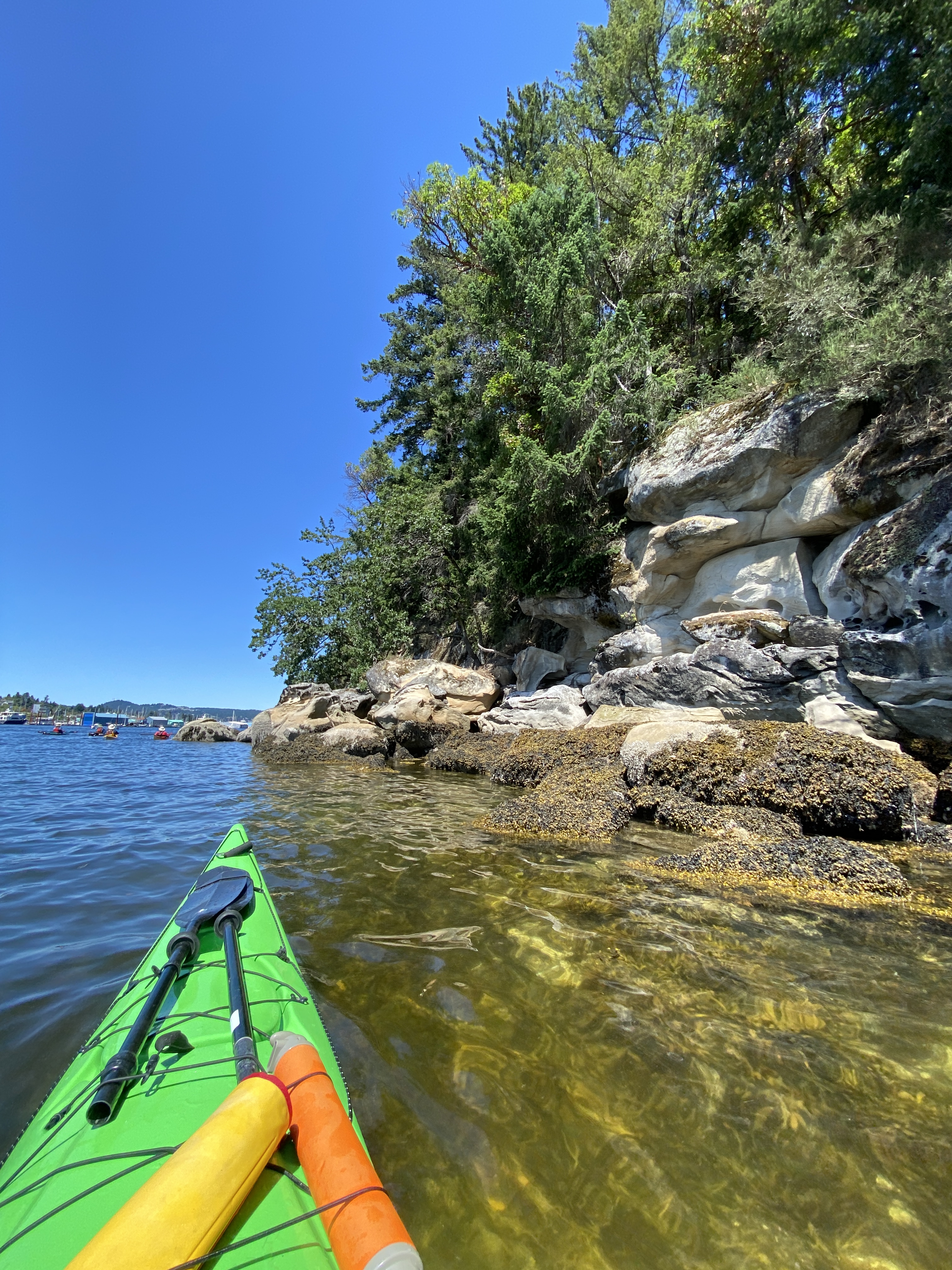 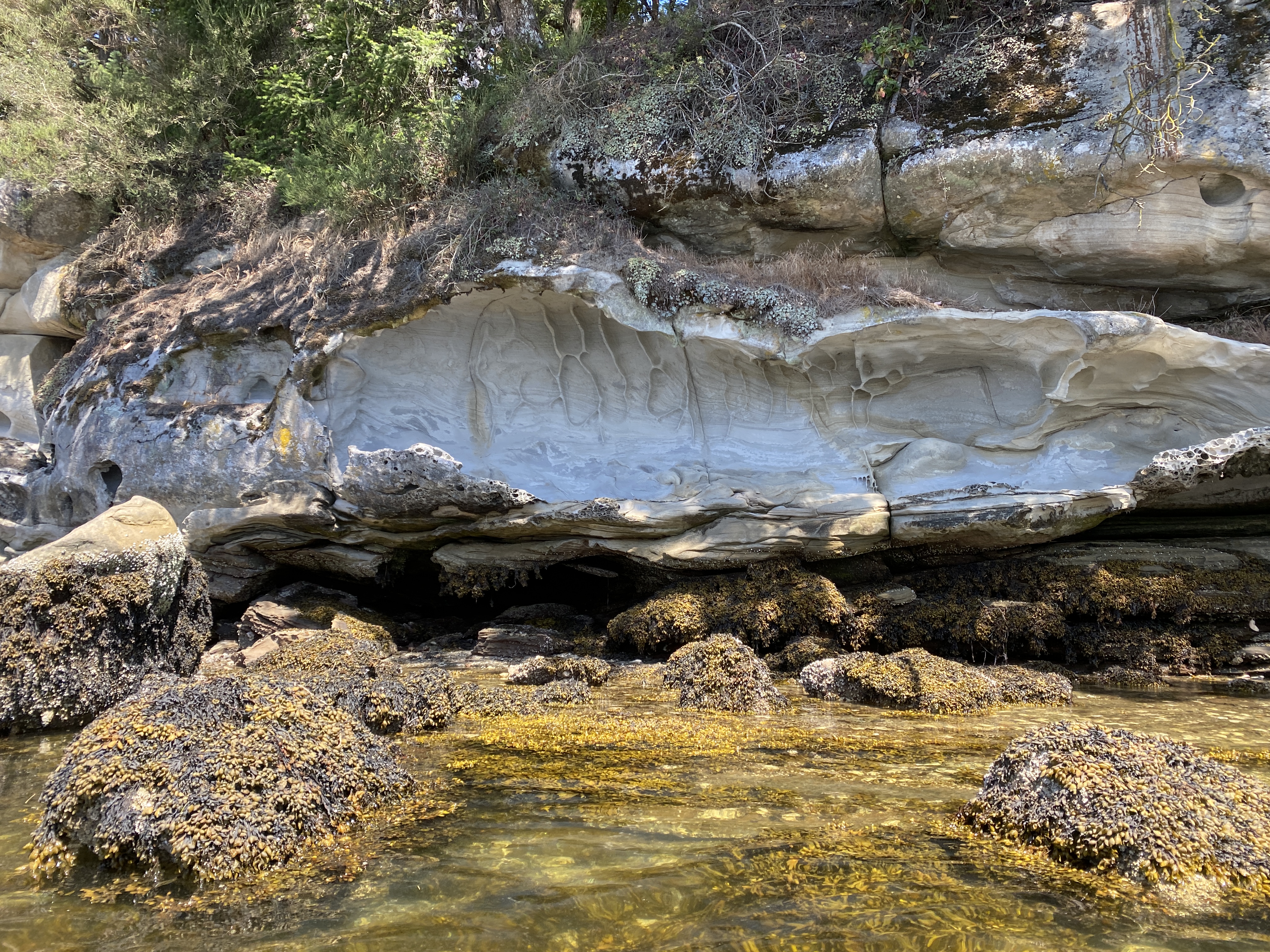 It was fun paddling close to the shore to see the rocks up close and personal, along with the kelp and seaweed, knowing that views change with the rise and fall of the tides. We also saw an intrepid raccoon along the shore, looking for his next meal. Apparently there is a large population on the island and they can be fairly aggressive because there are lots of hikers and campers on the island that don’t always protect their food, so there is easy pickings for them as well. Reminds me of the bear challenges we used to face in the Adirondacks!

Besides the ferry harbour, (which we of course did not get near), there are tons of pleasure boats moored all along the shore. Nanaimo is a boating city! From the water, looking back to the city and the ‘mainland’ of the island, we saw just how moutainous and beautiful this island is. 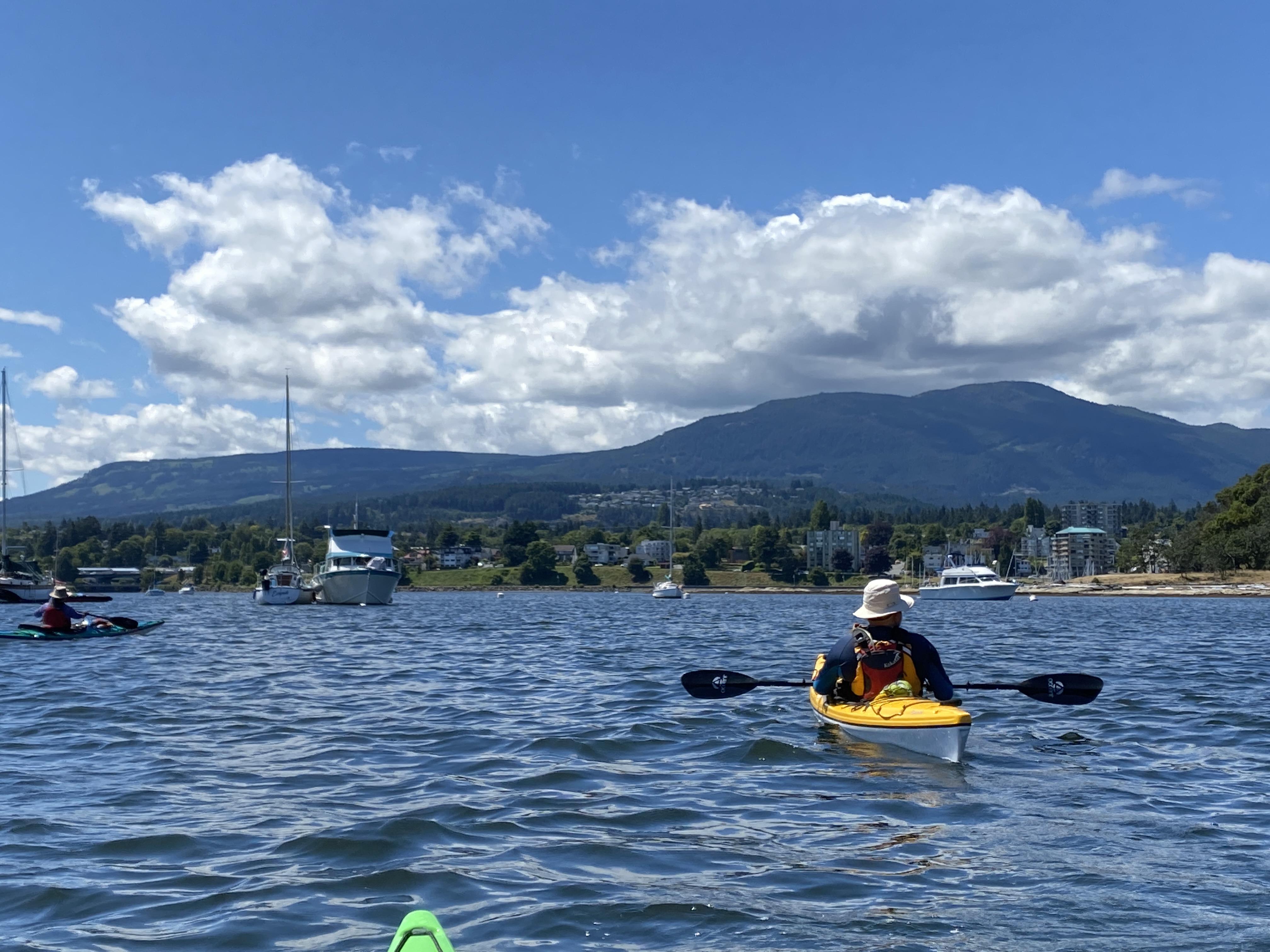 I really enjoyed the view.

Nanaimo is on the Strait of Georgia, which we don’t see from our house. We ‘poked’ our boats out a bit. 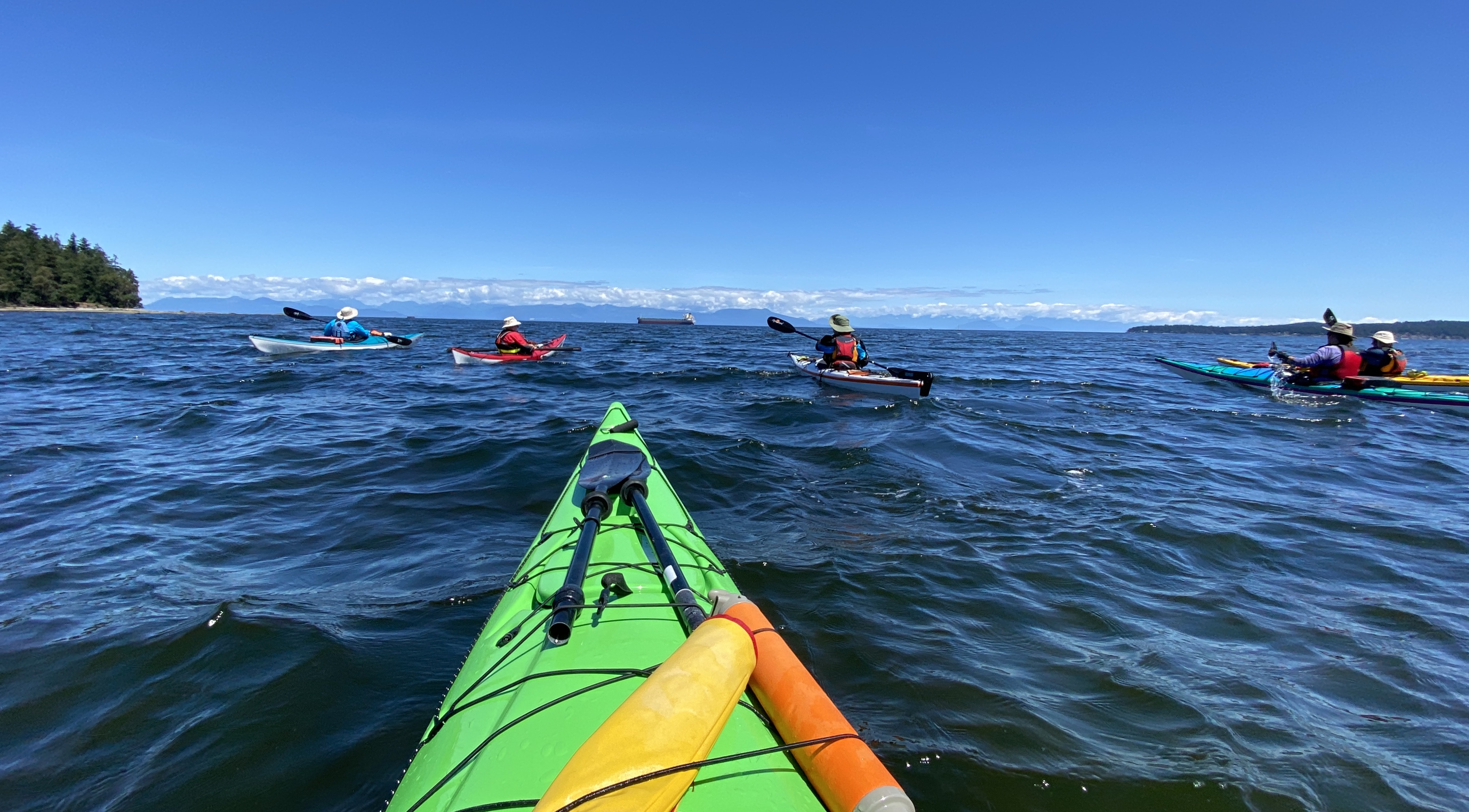 We could see the costal mountain across the strait.

But the wind was a bit too intimidating for some in our group so we turned back.

A great first paddle with the Nanaimo group. We hope there are many more so we can learn from the people that know a lot more about the area than we do and really get to know and enjoy this amazing place.

One thought on “So Much to Learn!”